No one of Be VIP Luxury car rental Dubai clients will mistake the 720S for anything other than the sensational exotic car it is. A car capable of putting a 200mph breeze across your bonce. Or perhaps more pertinently the roadster version of our favorite current super cars in Be VIP Sports Car Rental Fleet, McLaren’s 720S. Now, you know the score. Take super car, remove roof, receive roadster. 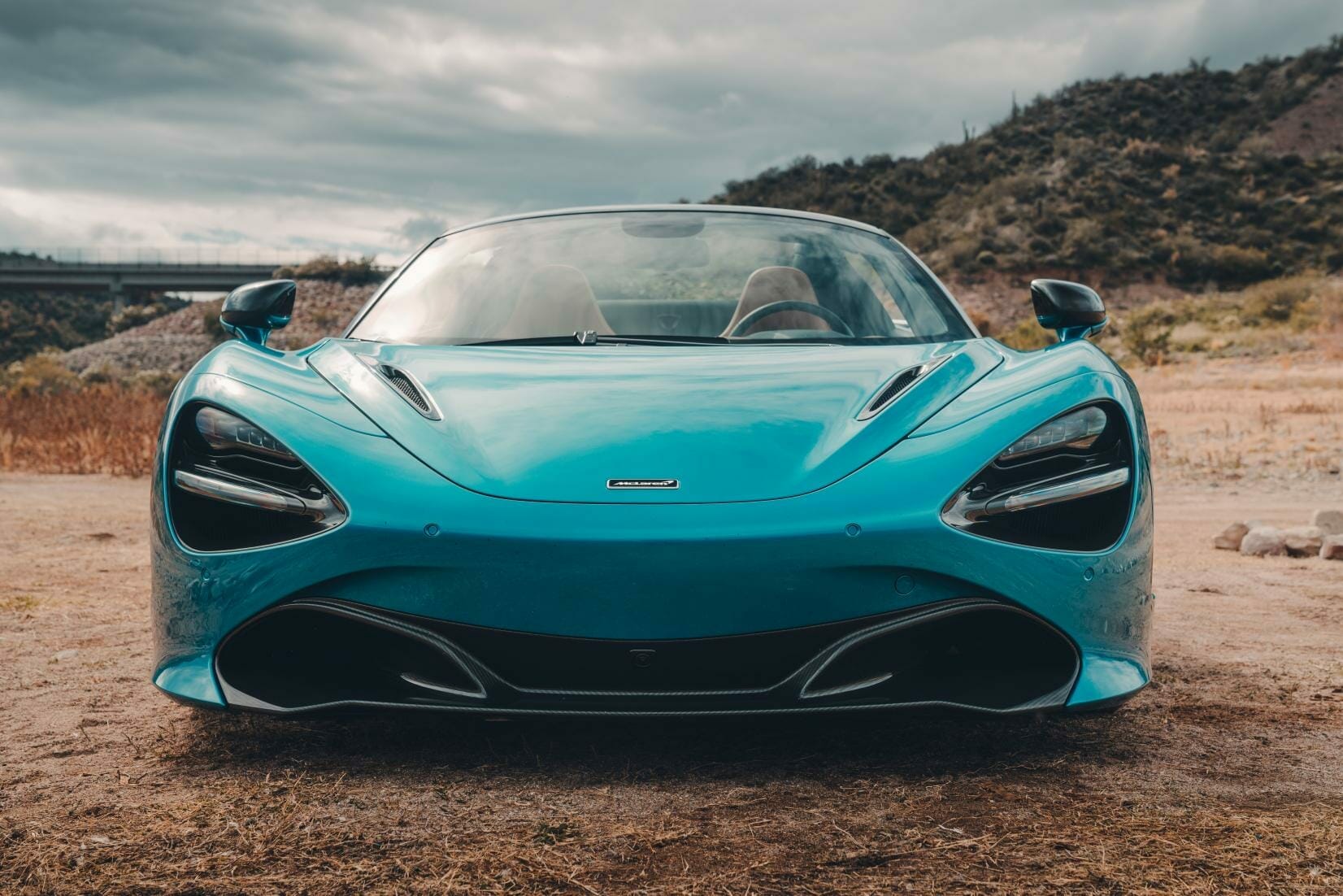 The roof. Moved by electric motors rather than hydraulics, so it’s quieter. And it moves fast, too. Just 11 seconds to complete the sun vs rain routine. And at up to 31mph. McLaren is so proud of this lid, it’s applied for three patents on it.

The new carbonfibre chassis, dubbed Monocage II, now incorporates an upper structure and chassis surround, making the car stronger and lighter than the McLaren 650S, and aerodynamic efficiency is double that of its predecessor. 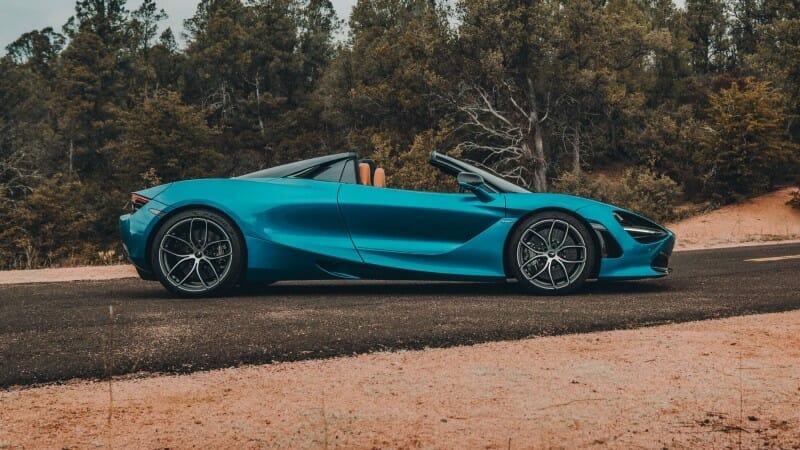 The core of every 720S is its carbon-fiber tub that helps limit weight and ensure rigidity, all while protecting passengers. Contained within this lightweight structure is a two-seat cabin that caters to the driver. While its interior design is less flashy than rivals from Ferrari and Lamborghini, the aesthetic is pleasing, and outward visibility is excellent. 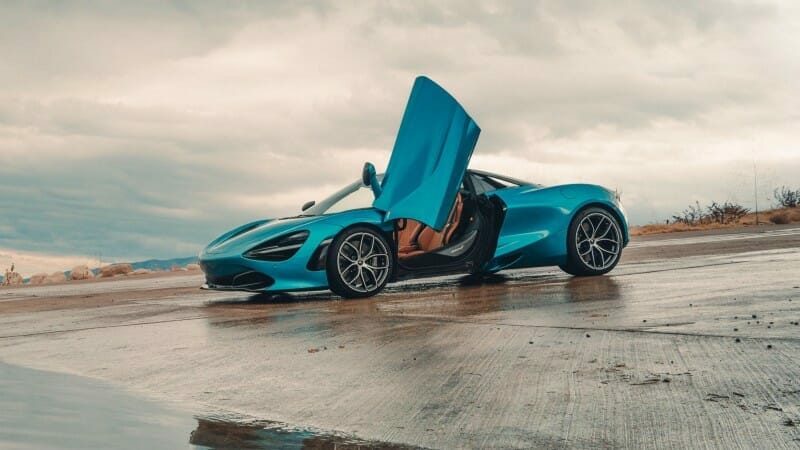 Otherwise McLaren has copy/pasted coupe to roadster. Same hydraulic cross-linked variable dampers and active aero package (although your top speed is ‘only’ 202mph with the roof down, 212mph raised), and the 4.0-litre V8 twin turbo is carried over unchanged. But that’s still 710bhp and 568lb ft. to do the shoving, so 0–62mph takes 2.8secs and 124mph is dusted in 7.9secs. The Coupe is obviously faster… but only by 0.1secs to 124mph. basically nothing.

It’s a characteristic even more suited to the roadster than the coupe, aided no end by the Spider’s structural rigidity. No steering column shudder or windscreen tremor here. OK, that’s not 100 per cent true — we took the 720S down a section of dirt track. Washboard surfaces did penetrate the defenses. But afterwards no rattles or squeaks. 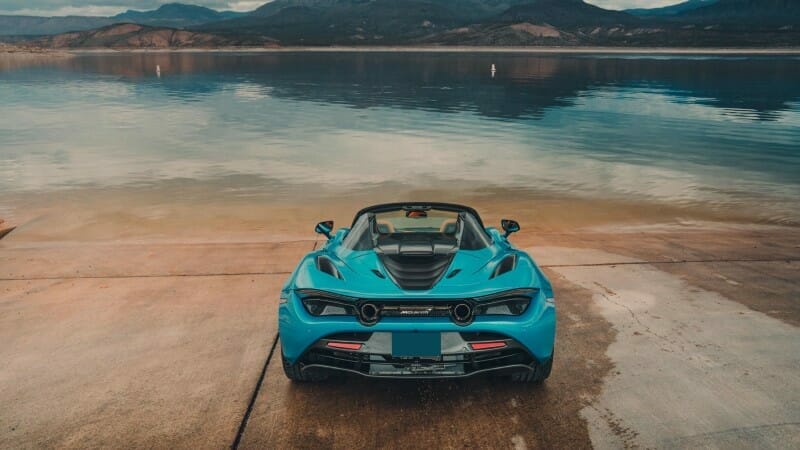 It’s what the engine is capable of that’s so shocking. No, it hasn’t overcome low rev lag like the Ferrari 488, but the mid-range performance is as uncomfortable as it squeezes you deeper and deeper into the seat that you almost never feel the need, periodic reminders that even among super cars the ability to hit 124mph in under eight seconds and complete the quarter mile in only a little over ten seconds is something very special indeed. 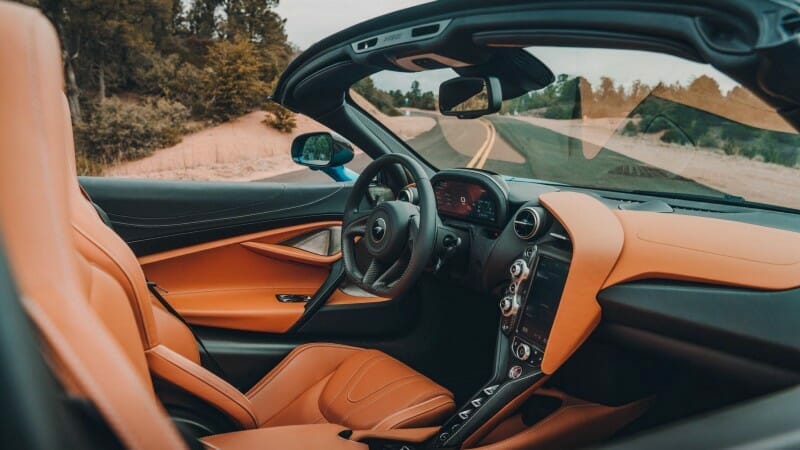